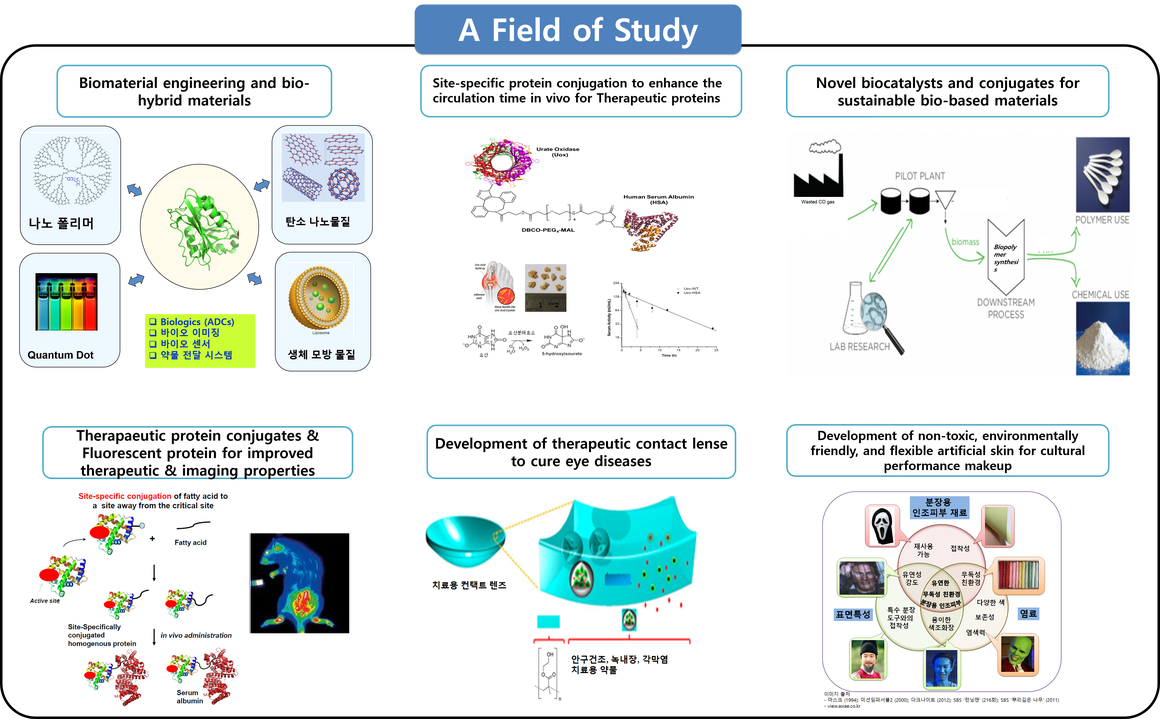 Site-specific protein conjugation to enhance the circulation time in vivo

Therapeutic proteins are indispensable in treating numerous human diseases. However, therapeutic proteins often suffer short serum half-life. In order to extend the serum half-life, a natural albumin ligand (a fatty acid) has been conjugated to small therapeutic peptides resulting in a prolonged serum half-life via binding to patients' serum albumin in vivo. However, fatty acid-conjugation has limited applicability due to lack of site-specificity resulting in the heterogeneity of conjugated proteins and a significant loss in pharmaceutical activity. In order to address these issues, we exploited the site-specific fatty acid-conjugation to a permissive site of a protein, using copper-catalyzed alkyne-azide cycloaddition, by linking a fatty acid derivative to p-ethynylphenylalanine incorporated into a protein using an engineered pair of yeast tRNA/aminoacyl tRNA synthetase. The site-specific fatty acid-conjugation is a very promising strategy to prolong protein serum half-life in vivo without compromising its activity.

Enzyme inhibition plays an important role in drug development, metabolic pathway regulation, and biocatalysis with product inhibition. When an inhibitor has high structural similarities to the substrate of an enzyme, controlling inhibitor binding without affecting enzyme substrate binding is often challenging and requires fine-tuning of the active site. We hypothesize that an extended set of genetically encoded amino acids can be used to design an enzyme active site that reduces enzyme inhibitor binding without compromising substrate binding. We discovered that replacing the key phenylalanine residue with two phenylalanine analogs (p-bromophenylalanine (pBrF) and L-2-naphthylalanine (2Nal)) enhances binding affinity toward the substrate dihydrofolate over the inhibitor by 4.0 and 5.8-fold, respectively. Such an enhanced selectivity is mainly due to a reduced inhibitor binding affinity by 2.1 and 4.3-fold, respectively. The work described here clearly demonstrates the feasibility of selectively controlling enzyme inhibition using an expanded set of genetically encoded amino acids.

Carbon monoxide (CO) is a colorless, odorless, and tasteless gas that is slightly less dense than air. It is toxic to hemoglobic animals(including humans). It is produced by gases from burning coal briquettes in steel and chemical industry, automobile exhaust and shale gas. We use CO gas for cost-effective biopolymer synthesis. In order to achieve this goals, we develop a new enzyme process which will used for biopolymer synthesis. This will be expected to create new chemical industry using C1 gas.

Alzheimer’s disease (AD) is a degenerative illness that impairs memory, thinking and behavior. The accumulation of insoluble amyloid aggregates, composed primarily of the neurotoxic amyloid-beta peptide, is a hallmark of AD. Although amyloid-beta monomer is soluble and non-toxic, soluble amyloid-beta oligomers are known to be primary toxic species in AD. Therefore, modulation of amyloid-beta oligomerization is considered a promising therapeutic strategy to prevent or treat AD. Beyond therapeutic impact, recently discovered aggregation modulators have also enhanced our understanding of AD pathogenic mechanism. Despite these advances, an effective therapeutic to AD is still unavailable. Therefore, there remains a need to discover new chemical classes of safe and effective modulators. In order to search for inhibitors, we are screening a family of small molecules and peptides that can modulate amyloid-beta aggregation and toxicity.

Protein misfolding and aggregation are implicated in numerous human diseases and significantly lower production yield of proteins expressed in mammalian cells. Despite the importance of understanding and suppressing protein aggregation in mammalian cells, a protein design and selection strategy to modulate protein misfolding/aggregation in mammalian cells has not yet been reported. In this work, we address the particular challenge presented by mutation-induced protein aggregation in mammalian cells. We hypothesize that an additional mutation(s) can be introduced in an aggregation-prone protein variant, spatially near the original mutation, to suppress misfolding and aggregation (cis-suppression). As a model protein, we chose human copper, zinc superoxide dismutase mutant (SOD1A4V) containing an alanine to valine mutation at residue 4, associated with the familial form of amyotrophic lateral sclerosis. We used the program RosettaDesign to identify Phe20 in SOD1A4V as a key residue responsible for SOD1A4V conformational destabilization. This information was used to rationally develop a pool of candidate mutations at the Phe20 site. After two rounds of mammalian-cell based screening of the variants, three novel SOD1A4V variants with a significantly reduced aggregation propensity inside cells were selected. The enhanced stability and reduced aggregation propensity of the three novel SOD1A4V variants were verified using cell fractionation and in vitro stability assays.

Therapeutic contact lenses, which are ophthalmic drug loaded contact lenses, are already known as ocular drug delivery vehicles to improve ocular bioavailability and decrease side effects in the treatment of several eye diseases, for examples glaucoma or dry-eye syndrome. Until now, the most common dosage forms for administration of ophthalmic drugs are eye drops, which have inconvenience of taking the drug every few hours and dangers of over- or under-dose. Therapeutic contact lenses are considered as next method to replace the eye-drops, but they still have some practical problems such as complicated process, poor loaded amount, difficult to control releasing time and amount. We focus on development of high efficient therapeutic contact lenses those load larger amount of drugs and keep release the drugs for longer and also those are easier to make than previous works.