The main scientific interest of my laboratory is to understand molecular and cellular mechanisms that modulate specification and maintenance of the endothelial lineage. Specifically, we are interested in the following areas of research. 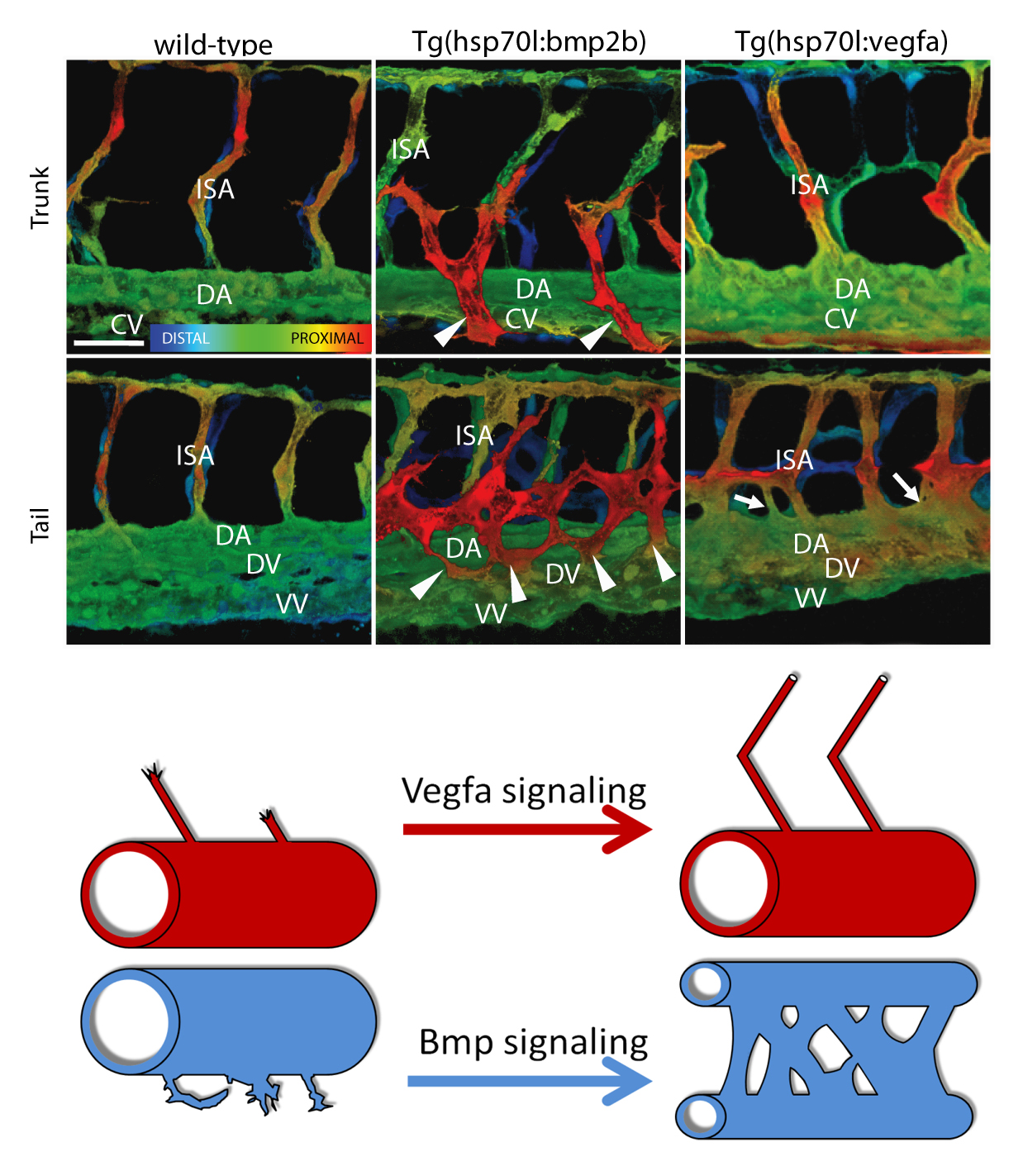 Elucidate the role of BMP2 signaling on lymphatic development and maintenance: 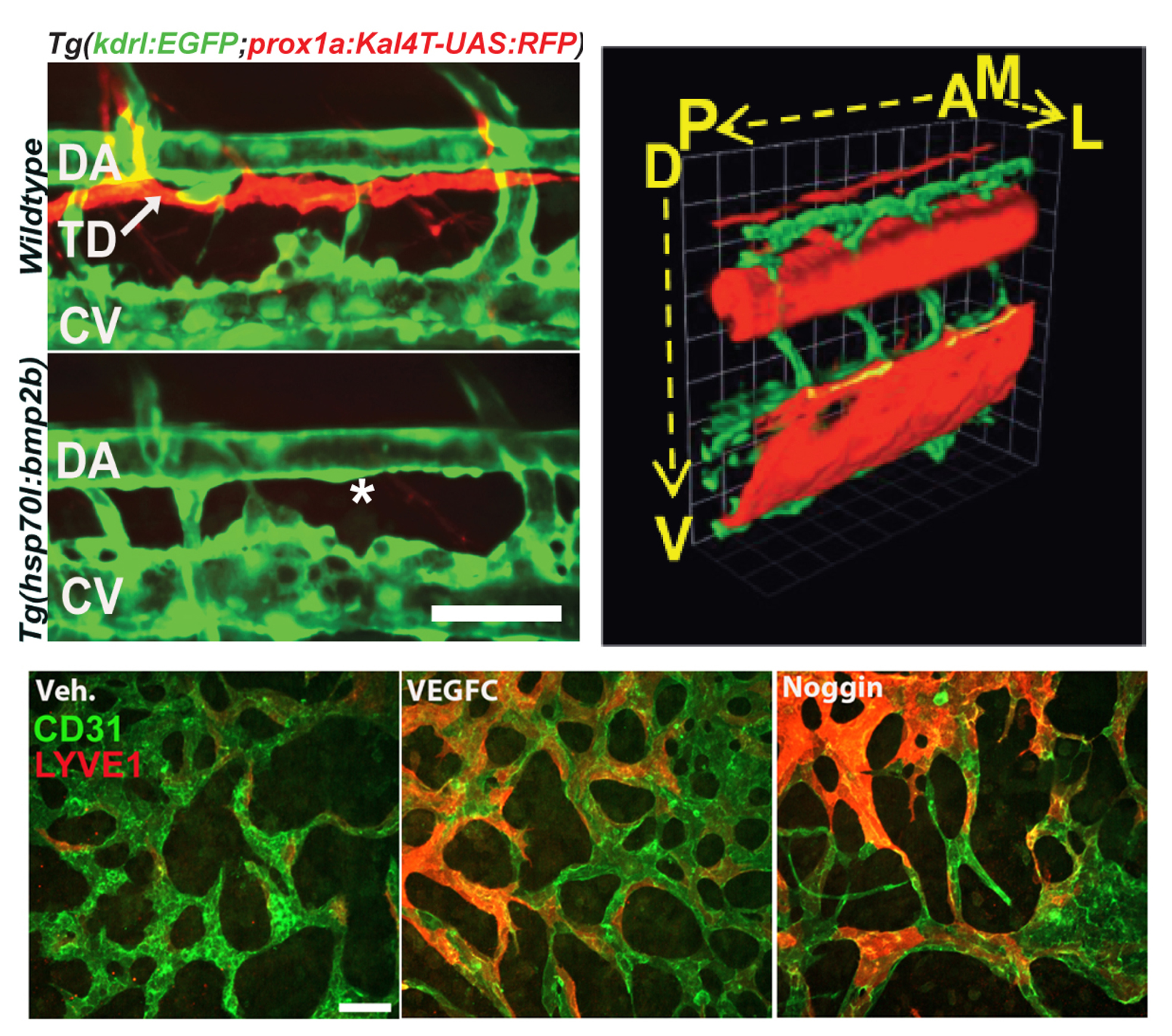 However, there are no effective treatment options available. We have recently demonstrated that inhibition of BMP2 signaling can substantially increase the number of lymphatic endothelial cells with a concomitant decrease in blood endothelial cells in zebrafish (Fig.2 top row) (Dunworth et al, Circ. Res., 2014). Based on our data, we postulate that BMP2 signaling may suppress the lymphatic fate while promoting venous fate in developing vein. 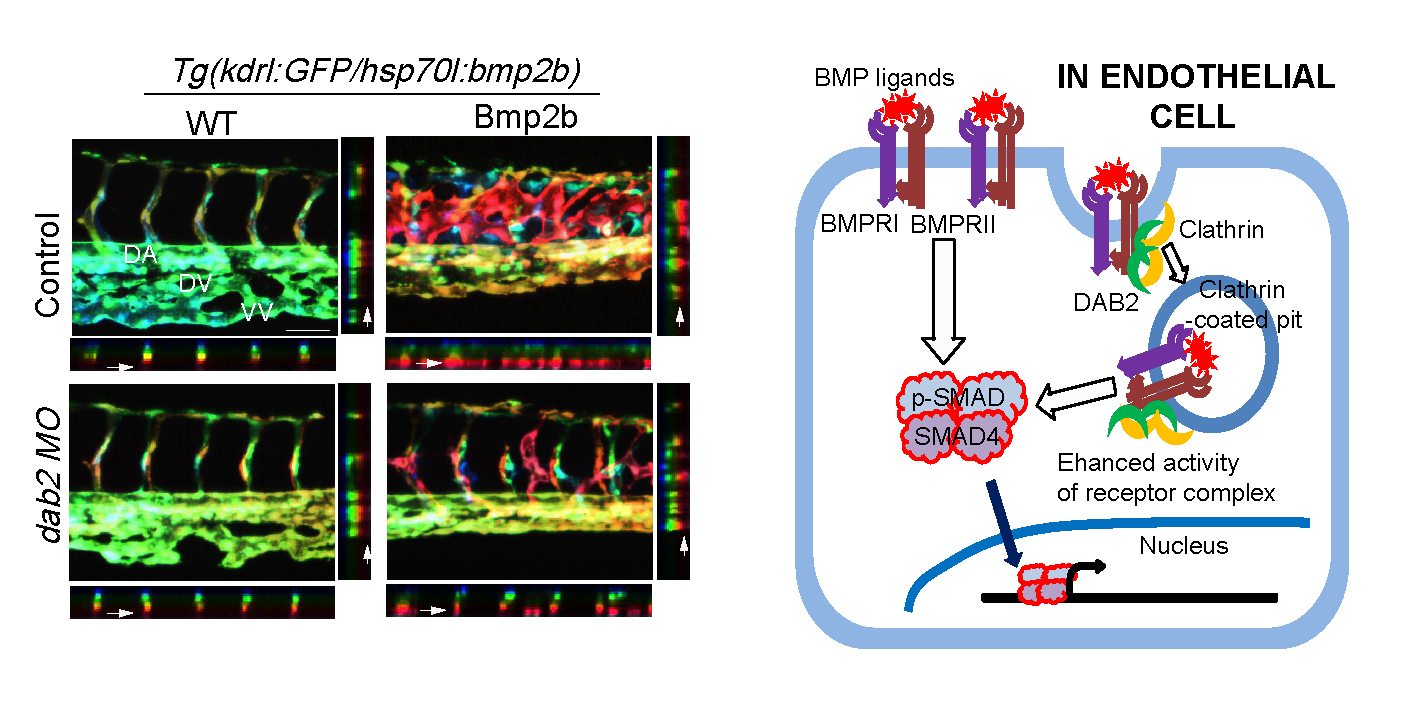 The importance of BMP signaling during development and disease has been well established and key factors such as SMADs and MAPK that mediate BMP signaling have been identified. However, it is seemingly paradoxical that large numbers of BMP ligands and receptors converge into a small number of downstream effectors. Therefore, a fine tuning process of BMP signaling must exist in order to distinguish distinctive signal inputs.

We have recently found that a well characterized receptor tyrosine kinase, VEGFR3, may contribute to the onset of pulmonary arterial hypertension by modulating the level of BMP signaling in endothelial cells. We are currently collaborating to investigate the role of VEGFR3 in BMP signaling in developmental and pathological angiogenesis.