Solid-state lighting would replace conventional light bulbs and change the way we light the world. GaN based light emitting diodes (LEDs) have drawn attraction due to their capability to emit from ultraviolet (UV) to green spectrum and their application in the area of signal, display and illumination devices. LEDs with high external efficiency are under high demand for their application so that technology developments have been made accordingly.

The enhancement of the light extraction efficiency has been achieved by incorporating geometric structures inside a LED, which reduces the internal reflection and increase light extraction out of the LED. In our lab, the p-GaN and an ITO contact layer are intentionally roughened through an etching process and periodic patterns including photonic crystal (PC) structures are fabricated by laser holographic lithography or nanoimprint technology and incorporated within the LED structure. This project is sponsored by Samsung LED Co. Ltd. 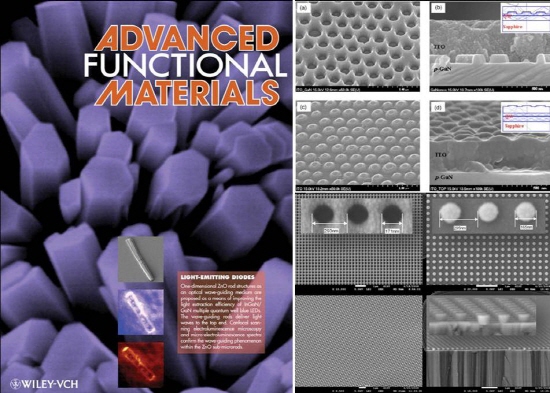 Cost-effective and environmentally friendly power generators using eternal energy source of the sun are key issues in preparation of post oil era. Dye-sensitized solar cell (DSSC) has been considered as a new candidate for the next generation power source. The applications of DSSC have been paid attention due to its colorful, transparent features and low cost fabrication. In 1990s, Gratzel group achieved DSSC with an efficiency of 10% (1/3 of theoretical efficiency) by using anatase TiO2 electrodes, which has not been defeated ever since. As ubiquitous era is approaching, the demand for the portable flexible electronic devices will increase. It could come true by applying DSSCs into the plastic electronics.

Our target is to exceed the best record by incorporating various inorganic nanostructures, for example, core-shell, rod, tube etc., into the photoanode. We are almost there. These nanostructures not only increase the electron mobility but also increase light scattering, which can recycle unused light to excite more dyes. Flexible DSSC is also one of our pursuits in this project. Other types of solar cells such as hybrid and Perovskite solar cells are also being demonstrated and further developed. 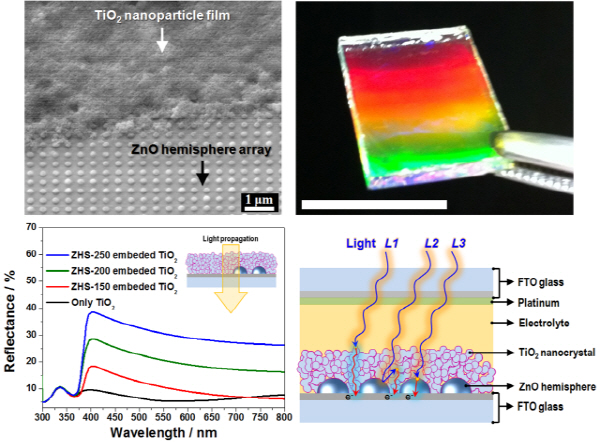 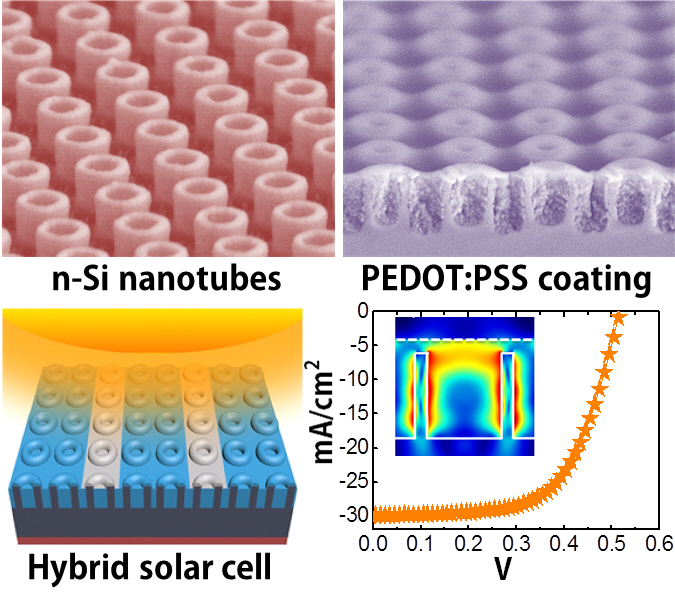